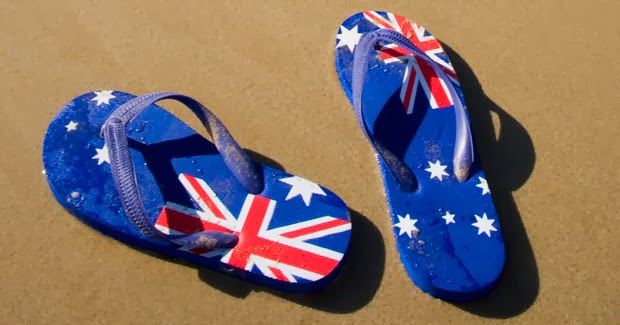 Obviously I'm living in a country that speaks English, but quite clearly its not the same tone, dialect, or even vernacular that we, as Americans, are used to.  So therefore I wanted to take a quick break from "status update" posts and outline some of my favorite slang words that are used around the great country of Oz. For those of you that watched Summer Heights High or Angry Boys... a lot of these should seem familiar: