So after almost six months of dedicated procrastination, I've decided it's time to end my blogging hiatus.  The widespread sentiment I've gathered from the friends/family I've been keeping up with is that I've all but given up on keeping the Western World up to speed on my adventures abroad, and I'd hate for that to be any indication that I've abandoned my roots. So without any further adieu, let me issue an update: 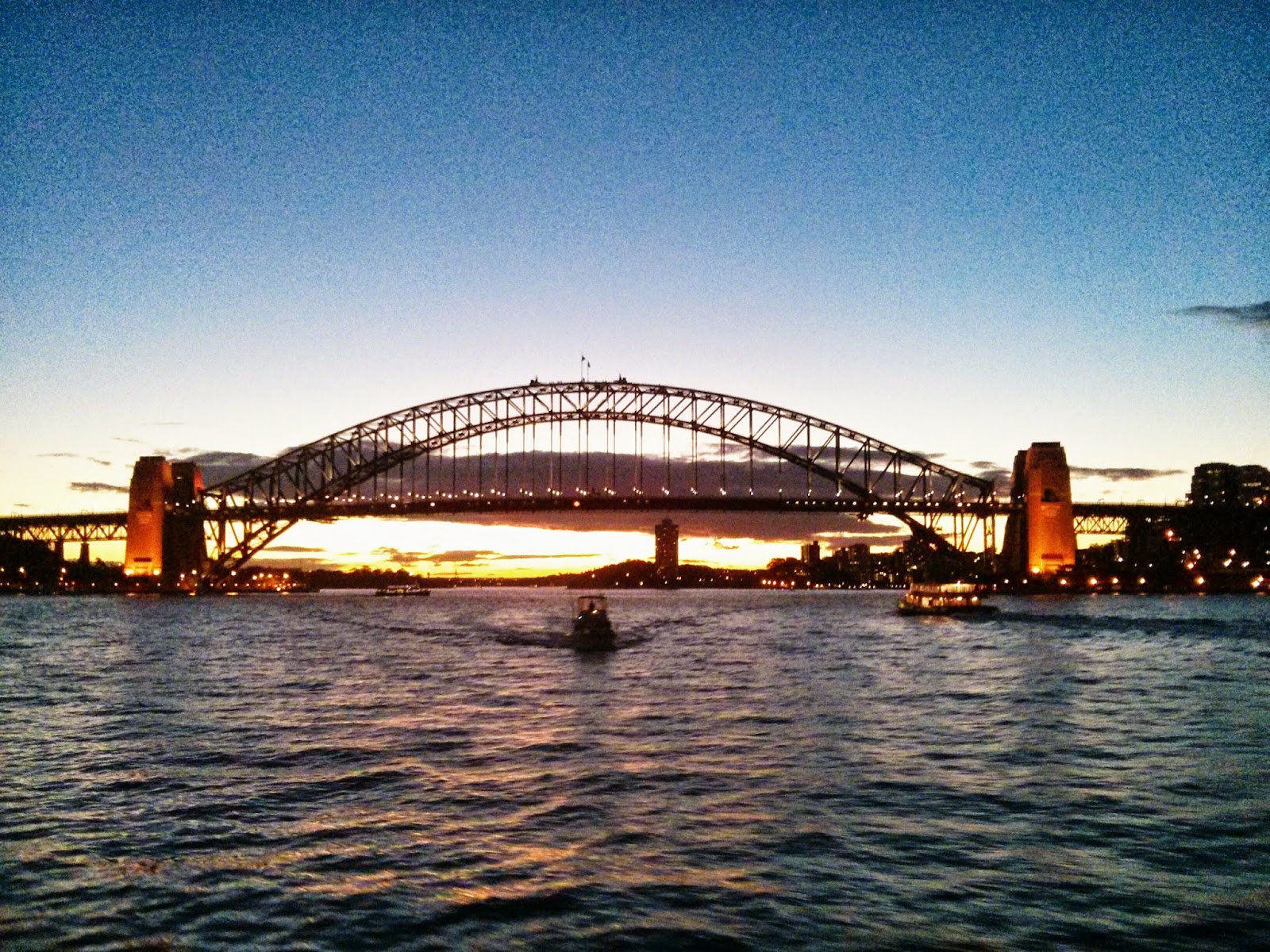 (Ferry Trip from Manly Beach back to Sydney at sunset... we've got a hell of a bridge here)

Winter is finally drawing to a close here in Sydney.  That doesn't mean much, however, since most "winter" days the temp fluctuates between 50-60 degrees with nominal windchill.  It is a bit haunting though that this was the first July/August I've ever spent away from summer and, despite the wonderful city that surrounds me... I miss home. The days have been short here and I'm forced to live vicariously through Snapchats of sunny days in Piedmont Park, Instagram pics of Sunday brunches in the Highlands, various Facebook beach trip albums, and annoyingly repetitive Buzzfeed articles. The American World goes offline at 2PM every day and the sun sets by 5:30, which eventually takes a toll on my evening morale. Needless to say, I live ten minutes from the Sydney's beaches and I'm ready for summer.

Some of you are probably thinking, "Thanks for the weather update, Swanson, that's really what we care about" which is a fair blast, so I should probably move on to the heavier stuff...

In order to feel chronologically caught up, I'd like to fast-track a lighting round of sorts and so here are just a few of the noteworthy happenings that have taken place in my world these last few months: 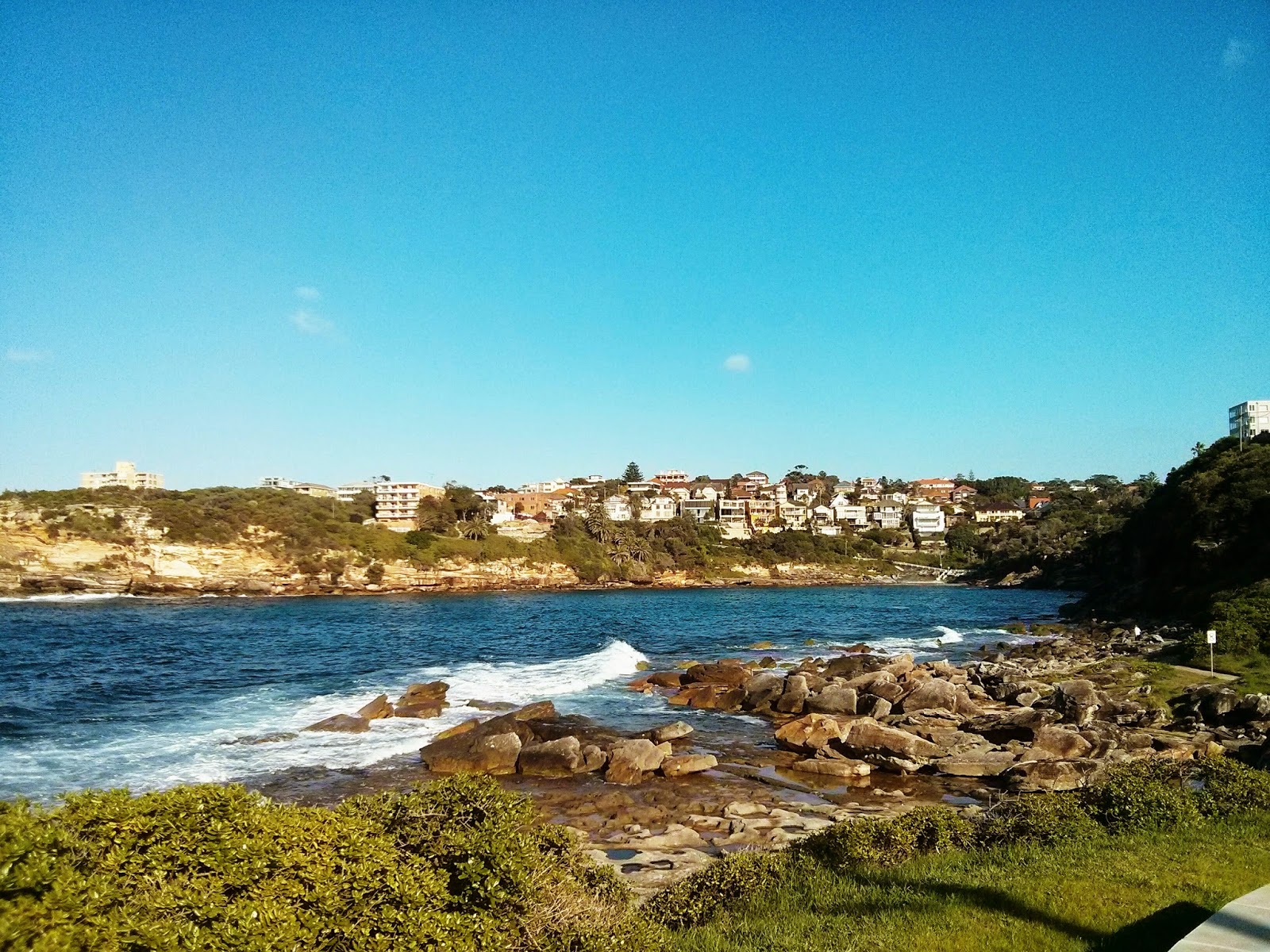 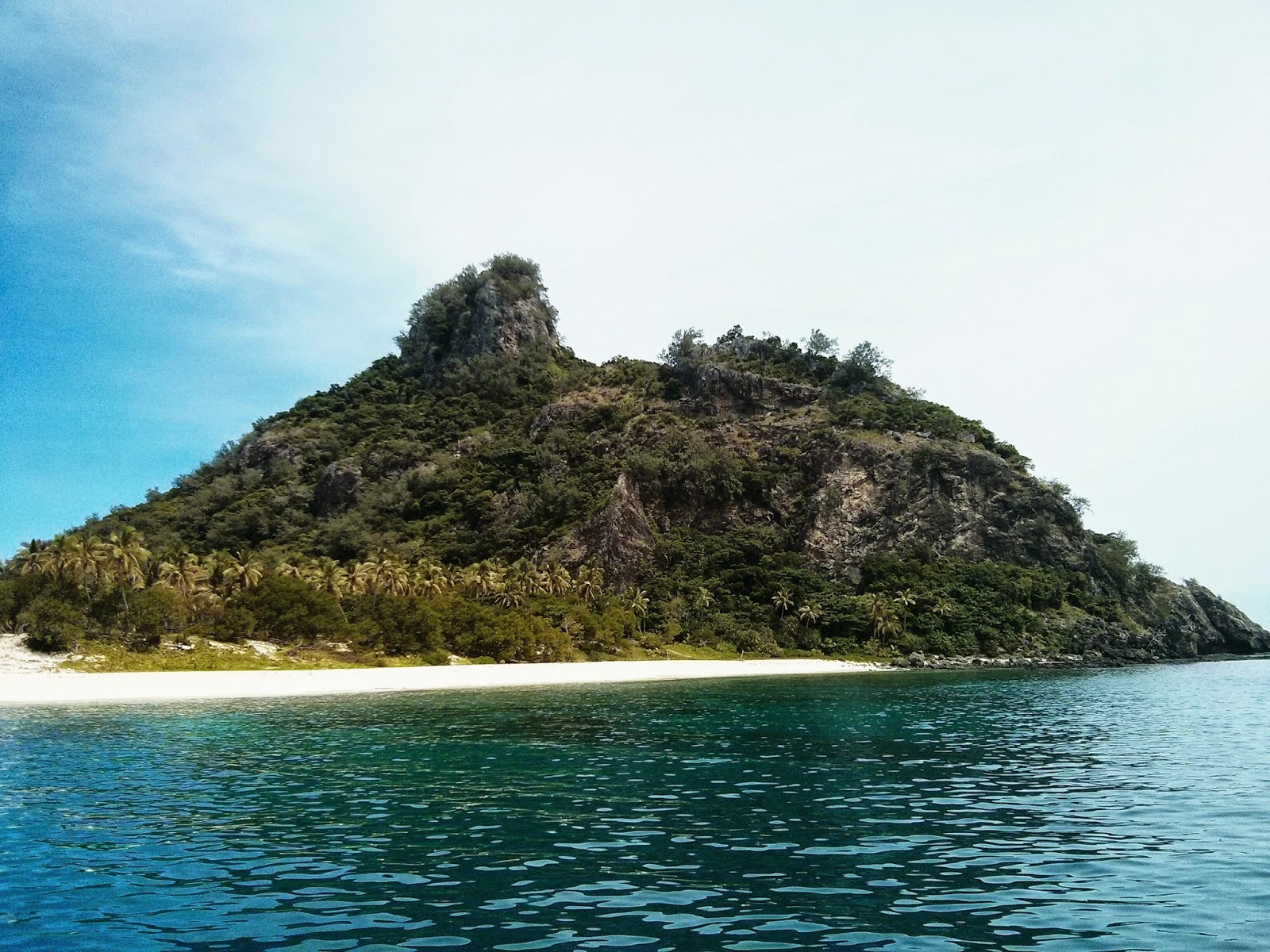 (Monuriki Island, Fiji - Tom Hanks tried to hang himself from that peak on the left) 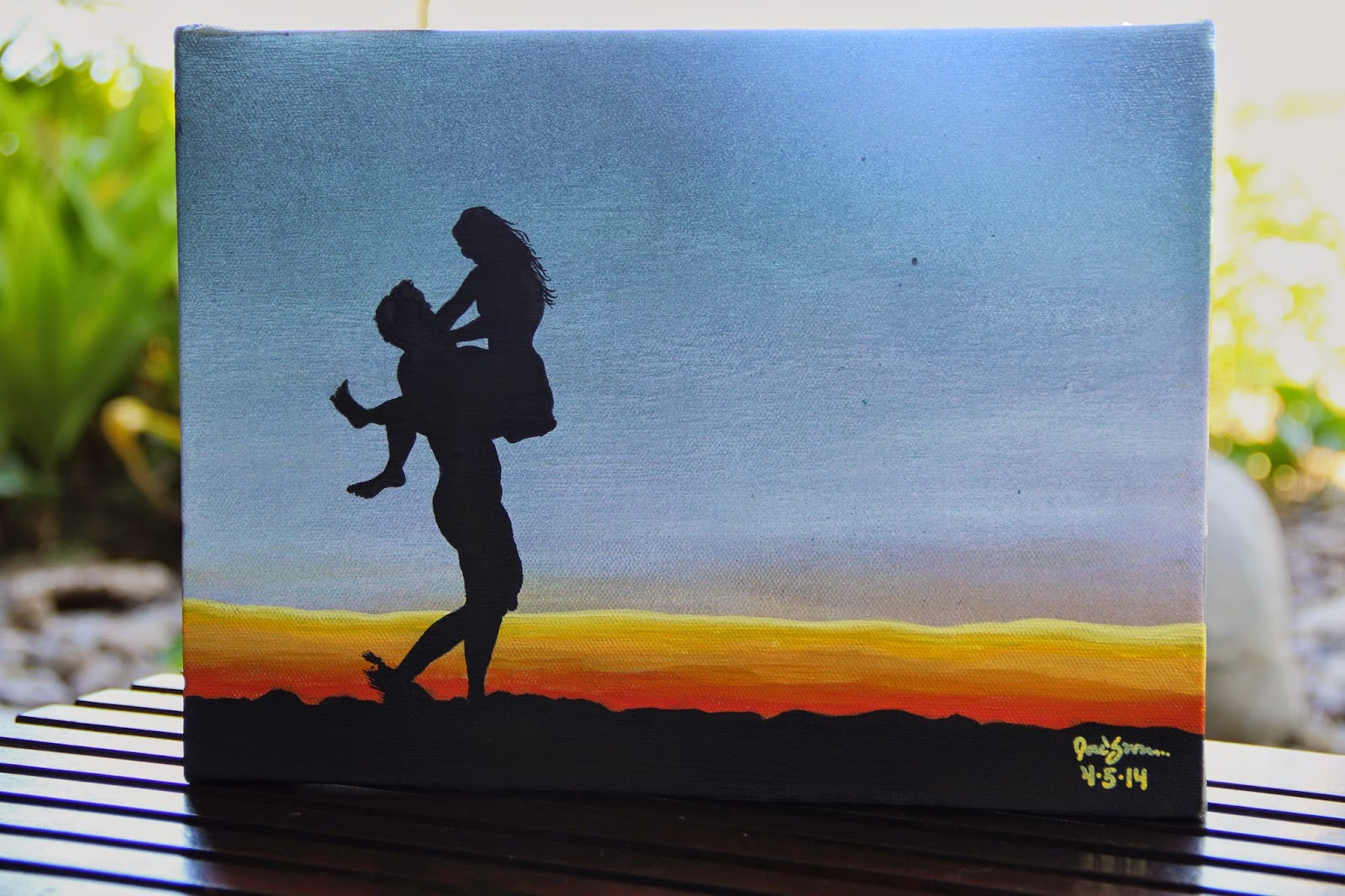 (Acrylics and a bit of spray paint on canvas. Size: packable) 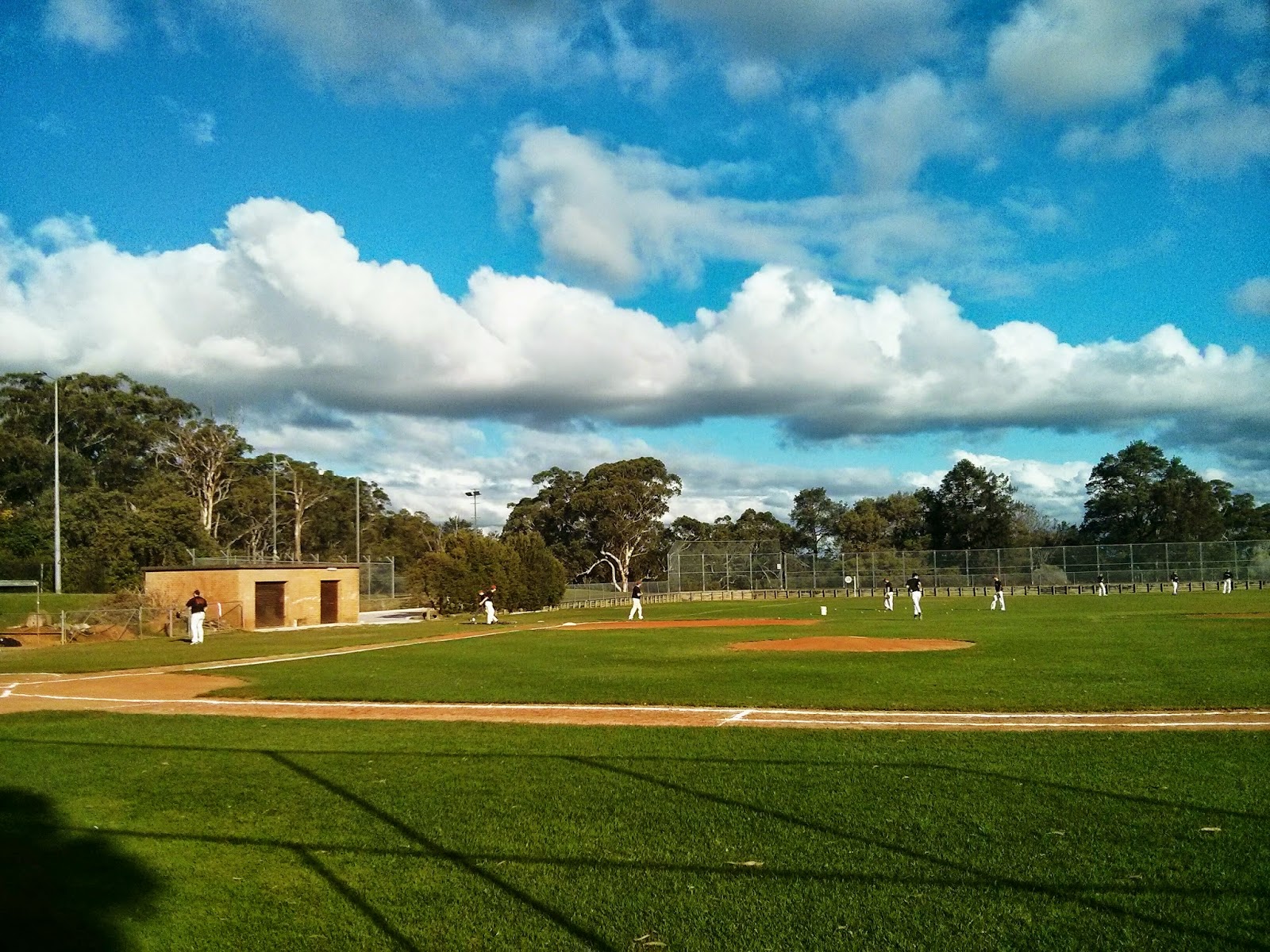 (Home ground baseball fields in Northmead... could be worse, right?) 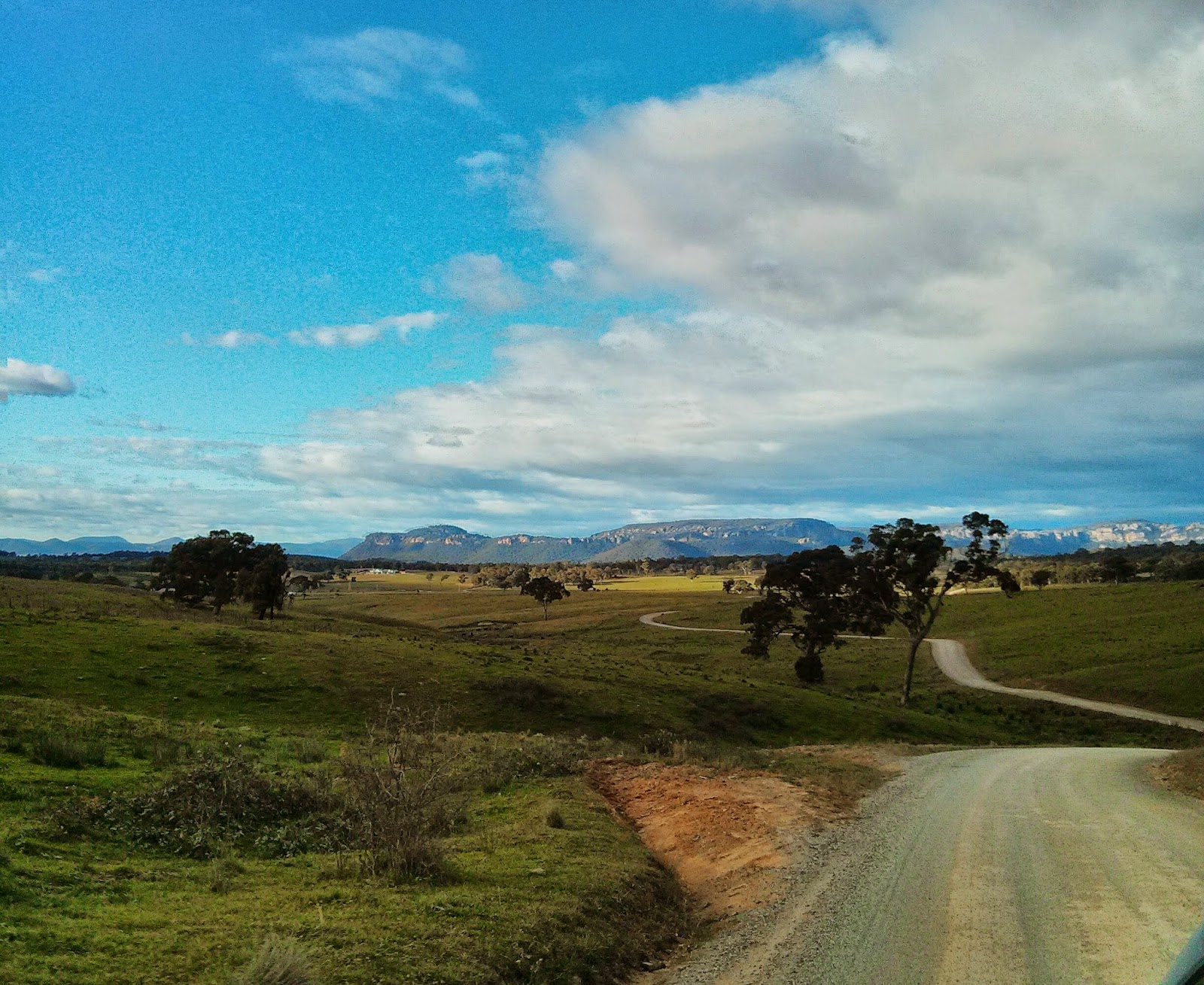 (What the drive looked like heading out to camp) 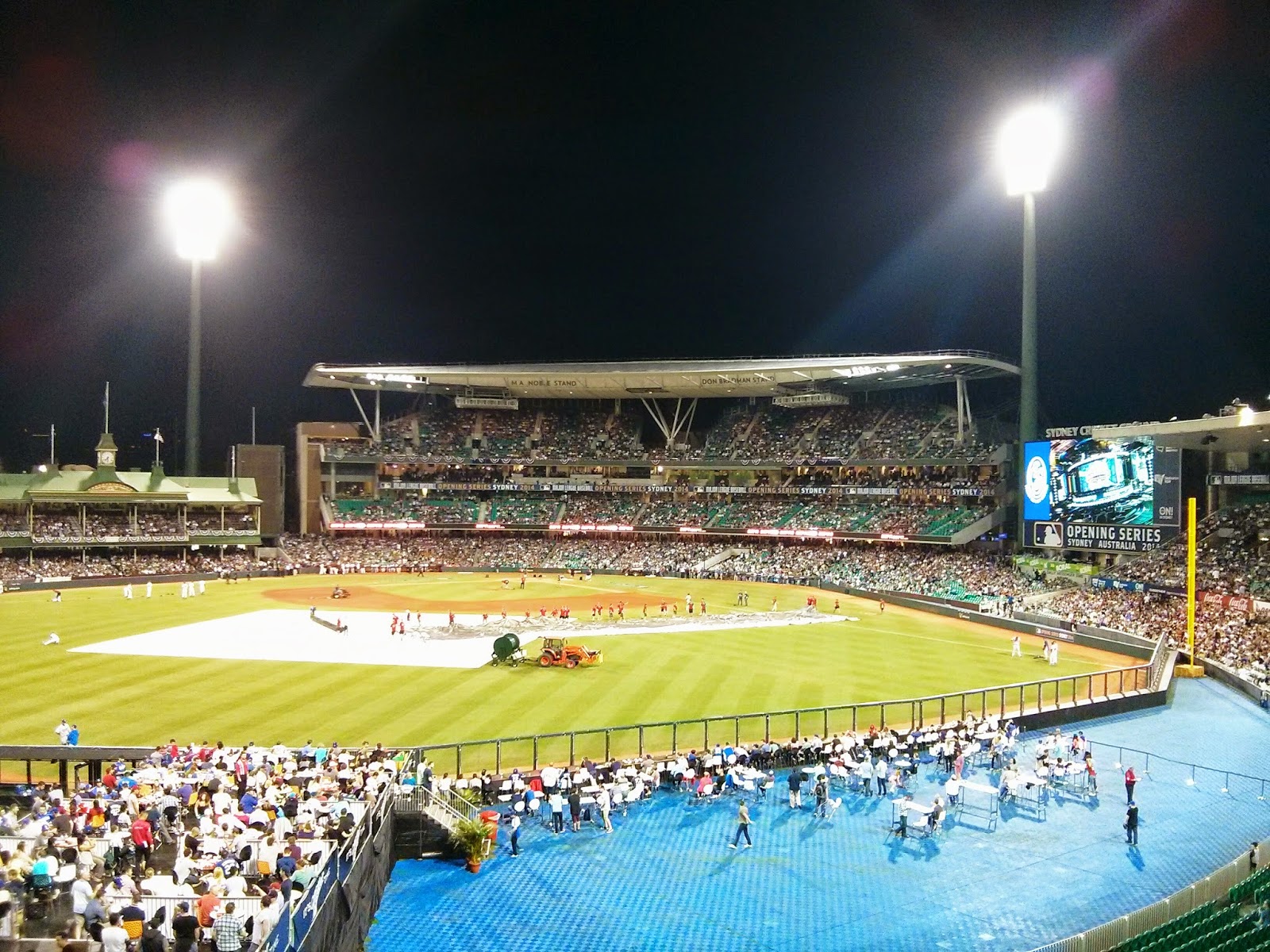 (Dodgers vs. D-Backs opener - the Aussie crowd thought every foul ball was a home run)

While there are still a bunch more ridiculous national holidays and off-beat adventures I could outline here, such as attending the Dodgers first 2014 game which they for some reason scheduled here at a Cricket Grounds in Sydney (above), I'd rather leave it at that for now. I've planned a vacation up to Cairns (Northern Tropical Australia) this weekend with my housemates and will likely have some updates on that a week from now.  Poppa Swanson sent me a GoPro for my birthday so I'm hoping I can get some beach, scuba, rainforest, and waterfall clips and put together a solid video after the fact.

It's been roughly 9 months since I moved here and, looking back, I remember thinking that life in Oz would be a brilliant journey of self-awakening and that, without the common distractions of everyone/everything I knew in Atlanta, I would blossom into this acutely upstanding and responsible version of my former self.  To be culturally relevant, my thought process moving here was a fusion of "You only live once, n***a YOLO that's the motto" and "Oh yeah, that's right, I'm doing me" - who knew I had so much in common with our boy Drake?

In many ways, that's been the case... tons of new experiences, good habits, and even a subtle degree of maturity I can attribute to this journey... but I've likewise come to realize just how important those homegrown connections can be, and that, despite my opportunities and advances, home will always be home. More and more every day, the culture here rubs off on me... my fake Bogan accent is coming along nicely and I have a distinctly Aussie-hipster haircut as of late. I also tend to wear clothes that actually fit me now (the unbuttoned "Southern-frat" look just comes off awkward and sloppy here). On top of that, I'm a complete and total coffee snob. I follow three different rugby leagues... and yet, I miss Waffle House, Taco Bell, and trying to keep up with College and NFL football games these next few months means waking up at 3am and streaming low-res channels in a jersey and sweatpants. Sacrifices... I think they call them.

More to come, much more to come. It's easy to make excuses every time I think of sitting down and divulging my thoughts one keystroke at a time... working too much, projects to finish, books to read, etc. but I definitely owe it to my friends, my mates, my colleagues, and (most importantly) my Mom to not go radio-silent despite a full schedule and ridiculous time-zone difference.

To my friends back home, please keep the Snapchats coming... and I'll uphold my obligation to inform the 404, the 706, and even the 303 of my happenings in the "other other deep South."