So I just made it back from a return trip to the States this morning.  Aggressively soon, right?  That’s part of the reason I didn’t exactly advertise it.  I knew I was gonna be back in Atlanta for a sales conference and felt like a coward announcing it to everyone after making such a big deal about “going abroad” indefinitely.  That and, selfishly, I knew I only had a few days to spare and wanted to still be in charge of what I did with them.  In simple terms, I miss you guys more than you miss me after three weeks… so the week was mine to dictate.


It was essentially an eight-day return trip with 5 of those days being dedicated to work.  Got put up in a five-star (yes 5) in Buckhead which was overdone but exceptional and, despite having structured work functions from sunrise to bedtime every day, managed to sneak away Wednesday night to do something for myself.


Yes… I skipped a work dinner for the Kings of Leon concert at Philips Arena.  I’d acted like it was a “spur of the moment” decision, but I'd been monitoring ticket prices for weeks.  I really like those guys: their old stuff is killer and their new stuff’s not bad either.  Plus I think Caleb is sober now, good for him.  Truth be told, there were only two songs in the whole set I didn’t know every word to.  And for all of you haters out there that would call them a “pop band” or brand them as “sellouts,” I apologize for actually liking a band that consistently produces music that sounds good and that other people like too.  Now go listen to the Black Keys or the Arctic Monkeys and ponder the real difference.  Thanks.


On either end of the kickoff/workshop/conference/corporate hullabaloo, I spent most of both weekends at parties pretending I still lived at the Solace penthouses, managed to see every living member of my family that resides in Georgia, and even spent a solid $700 at the outlet malls buying all the things I knew I’d eventually need here but could never afford.


The two things I regret not bringing back with me are jeans and Adderall.  Adderall, because I still use it as a crutch a few times a week when I’m lacking sleep or feeling disinterested in whatever work I need to do.  However, despite the fact that my prescription now says “Adult Attention Deficit Disorder,” let’s be honest, it’s an advantage that most adults would write themselves twice daily if we could all get away with it.  My biggest fear in life would be me at thirty-five years old, feeling like I needed to take Amphetamines because I’m not motivated enough to play with my children. So after two Walgreens, a Target, and a CVS all told me they were all out of stock this past weekend, I finally threw my hands up on Sunday morning, called it an Act of God, and said, “Whatever… we’ve all got to grow up some time.”  Like I said in my first entry, the easiest habits to build/break are the ones you’re forced into.


(And for my many friends that doubt my sincerity here: yes, I DO acknowledge the somewhat likely possibility that I will ultimately break down and have a bottle of those little orange monsters shipped to me. But it never hurts to be optimistic.)


And jeans I regret not bringing with me because… actually, hold on, let me be more specific, Levi’s I regret not bringing more of because, dammit, it took me a really long time to figure out what all those numbers meant - 514s, 501s, 511s, 508s, - and I like the fact that I can spend only twenty minutes there and walk away with two new pairs of pants every time I go, without having to try on two hundred.  I looked up what they cost here and it’s well over $120 a pair (as opposed to $45-$50 back at Lenox).  Also, business frat casual is for squares.  I wear jeans to work every day now.


Skipping the uneventful flight back to Sydney, I’m unpacking over 100lbs of luggage today and, for the first time in months, I felt some genuine sadness, more so I'd describe it as a chilling sense of despair… tied to the week I’d just spent seeing all the friends and family that, for the foreseeable future, I’ll be without.  I thought about my birthday this summer which, for the first time ever, will be in the dead of winter.  I thought about the 4th of July weekend tradition I’d more than surely miss at Rayburn’s uncle’s place on Lake Weiss.  I thought about all the late weeknights I'd miss drinking wine with my Sherpa girls, still glued to our laptops at 11pm. I thought about Georgia gamedays in the fall, the smell of bourbon swimming in a sea of Red and Black, that even my crew out in Denver would inevitably make it home for.  I thought about the first Thanksgiving in three years that I wouldn't be cooking a turkey.  More painful than anything though, I thought about Christmas… and how much, especially 10 months from now, I’ll be willing to sell a few toes for a trip home to see my family in December… what do pinky toes go for these days anyway?


I’d imagine there is some psychologic condition, some paragraph in a medical journal somewhere, that explains this sense of anticipatory nostalgia.  Maybe they call it “pre-traumatic stress disorder.”  I reckon PTSD can only have one meaning though.  I really hate feeling bad for myself, so put some Jack Johnson in my headphones and decided to unwrap and iron all the dozen oxford shirts I bought this weekend until the feeling subsided.  Even for a heterosexual man, there’s nothing some feel-good acoustic melodies and retail therapy can’t wash away.


By the time I’d finished, I had realized that Atlanta might just freeze over again tomorrow, that dozens of people will be left out on the streets huddling together for warmth under that one overpass takes you to Edgewood, and that I might just be sipping a bottle of cold chilly under the sweet sun of the Australian beaches.  It’s all about perspective, really, isn’t it?

On an even lighter note, I signed up for a Delta SkyMiles Account less than 6 months ago and I’ve already hit Silver Medallion Status -- Seattle, Vegas, Philly, NYC, and two round trips to Sydney later, who knew?

This time last year I was playing XBox at a ground-floor apartment in Lindbergh.  That’s as close as I can probably say I was to “starting from the bottom” ...and now I’m here. 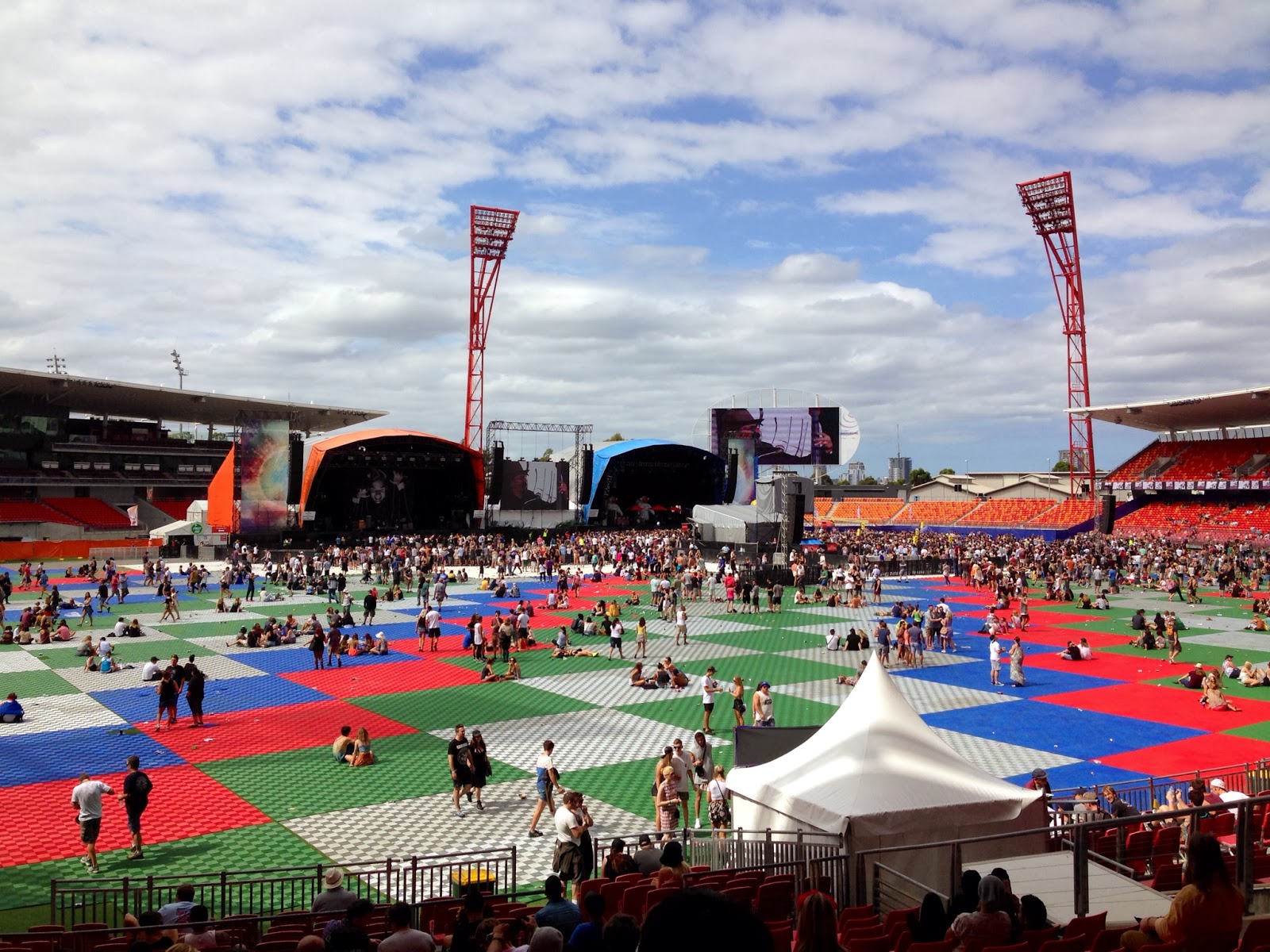 I just realized I didn't post a photo, so here are some shots from the Big Day Out Festival the weekend before last on Australia Day. I never covered it in the blog because it was too much fun and I felt braggy. Arcade Fire was a divine live show and I got to cross Pearl Jam off my bucket list of acts to see before I die. Eddie Vedder managed to crush two bottle of wine on stage during the set and couldn't complete sentences by the end of the night, but he still put on a hell of a performance. 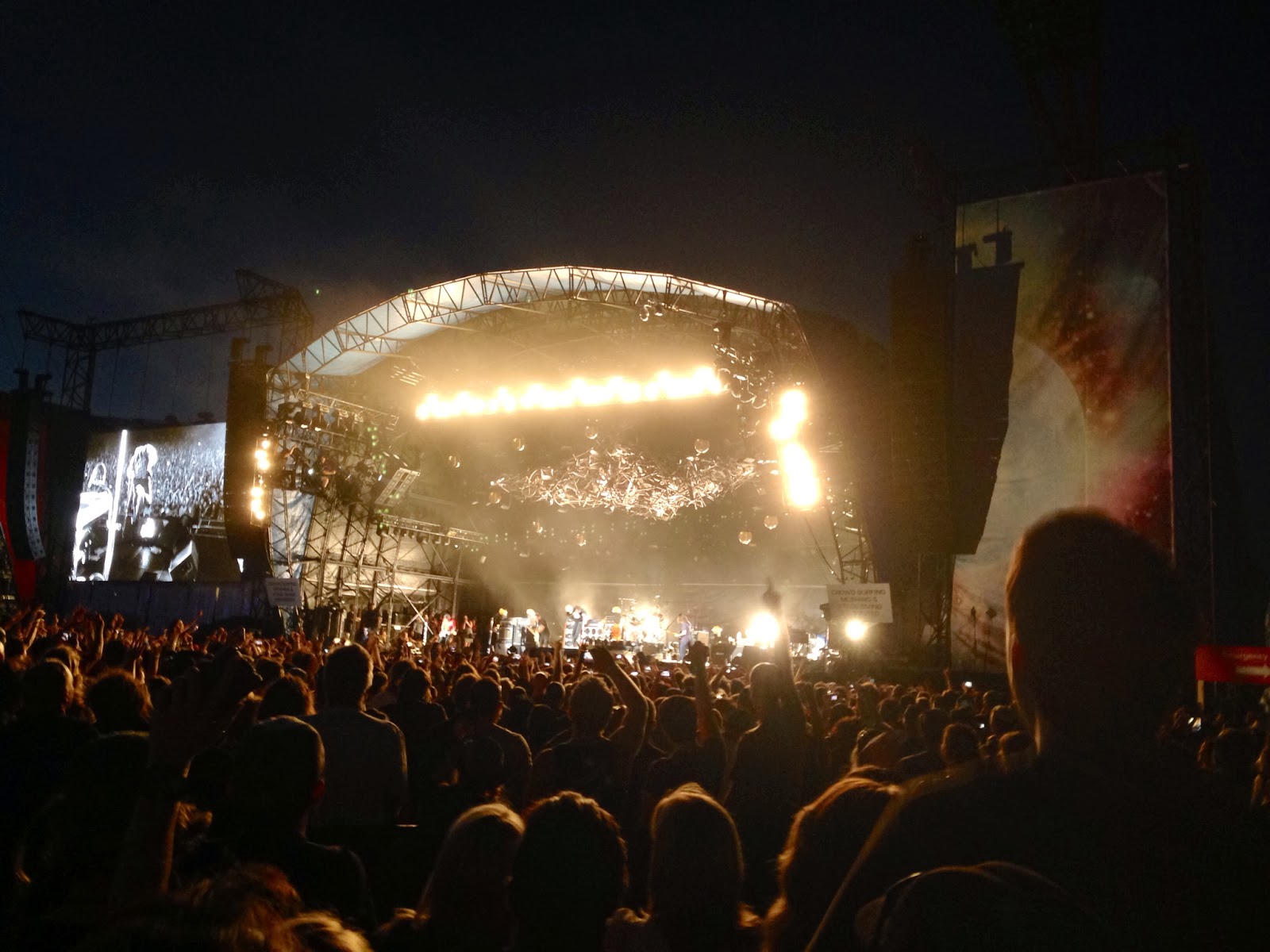